I have been intimately involved with Teilhard’s thought for over fifty years. In the 1970s, at the height of what was then a thriving international “Teilhard Movement”, I was a member of a California-based nonprofit called The Phenomenon of Man Project. Artists in the group created over 600 color slides to illustrate, as vividly and clearly as possible, the Teilhardian vision.

The group also created a detailed narration to go with the artwork. The result was a six-hour(!) presentation that we enthusiastically offered in schools and churches, and in general we were as enthusiastically received. We all had our Day Jobs, so we would make our presentations during evening-series or on weekends, traveling to a number of different cities to do so.

The headiest times of the “movement” gradually faded, but Teilhard’s influence had taken hold and remained powerful. In Carter Phipps’ 2012 book Evolutionaries, he interviews a large number of leading figures in the fields of evolutionary theory and, especially, evolutionary spirituality and Integral philosophy. In close to 100% of cases, the interviewees identify themselves as having been profoundly influenced by Teilhard de Chardin.

I, too, identify myself as having been profoundly influenced by Teilhard de Chardin. I have been influenced equally profoundly - perhaps moreso - by the five years I studied with Raimon Panikkar in his graduate seminar in Cross-Cultural Religious Studies at the University of California, Santa Barbara. My PhD dissertation, under Panikkar's tutelage, was a critique of Teilhard's notion of a "Privileged Axis" of evolution.

Panikkar was on the Advisory Board of the original International Teilhard Association, but he became a critic of what he considered Teilhard's "overly systematized" view of evolutionary emergence. Panikkar's lifelong passion was transformative dialogue across boundaries, and that became a central passion of mine, too.

Over the years I have become painfully aware that Teilhard's evolutionary vision is essentially "linear" and so tends to increase human loneliness on our planet. This is ironic, given the expansiveness and warmth of his specifically spiritual writings.

Teilhard's Emergent Evolutionary vision - what I call "Deep Time Eyes" - urgently needs to be cross-fertilized with the timeless, non-dual "Third-Eye" contemplative vision that Panikkar and others offer us.  This is the promise of a genuine transfomative Convergence, a deeper Emergence that is crucial as we face the existential work of evolving out of the so-called Anthropocene Era into another Era we cannot yet name. 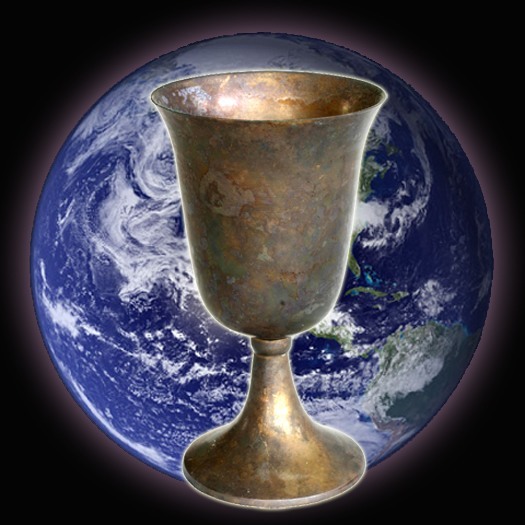